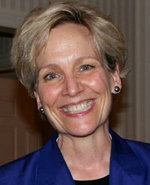 IN MEMORIUM
By Joan Parrot Skiba

The ER was so busy with the wounded-so damn young-
the cries and smells were background,
the “push”* had just begun.

The day comes back so clearly, death is vivid in my eye;
a memory that comes haunting me
these many years gone by

The back room called “Expectant,” where those not
yet gone would pass—where the hope for saving
had been lost and they would breathe their last.

I recall a young man—his har was red—his name to me unknown;
I sat with him and held his hand
so he wouldn’t die alone.

I cursed all wars, the useless waste, the loss and grief to all,
and I asked WHY? It came to be
we ever killed at all.

I waited at this young man’s side thought of family unaware
that their loved one lies here dying,
a life that wasn’t spared

I prayed for them and hope that time would ease their grief,
their pain; that as their lives continued on
they’d feel joy and smile again.

The time did come when this soldier died,
and I stood up to leave, but I never left his memory there
and for his loss I grieve.

And as I stand before the Wall, these thoughts flash through my head,
To that kid I knew of years ago
a kid that I called Red.

*The term “push” was used in Vietnam to describe mass casualty situations.  This is when large numbers of casualities were brought to the hospital via helicopter following a fire fight and patients had to be triaged by the severity of injury of expectation of recovery.

Joan Parrot Skiba was in the Army Nurse Corp and served as a staff nurse is the ER of the 71st Evacuation Hospital in 1969.

A note from the Editor, Joan Furey, RN, MA: This month’s submission can be found on page 65 of Visions of War, Dreams of Peace in the recollections section.  It was written after Ms. Skiba’s first trip to the Vietnam Veterans Memorial in Washington, DC.  Often referred to by veterans simply as “The Wall”, the memorial was designed by Maya Lin, who, at the time, was an architecture student at Yale. As a matter of interest when Lynda (Van Devanter, Co-Editor) and I organized the submissions we divided the book into 7 SECTIONS:

VISIONS:  focuses primarily on the personal experiences individual had during the war
RECOLLECTIONS:  poems that described events that were remembered or recalled at different periods after we returned.
REFLECTIONS:  poems that the authors wrote as they looked back on their war experiences and began to see the impact it had on them.
AWAKENING: poems that reflect the authors understanding of how they were impacted
HEALING:  poems of healing
LESSONS: poems describing what we learned or hoped we learned
DREAMS:  poems of hope