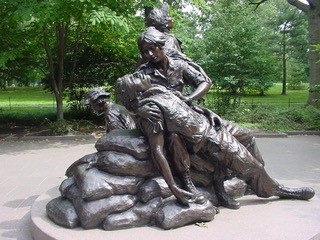 A note from the Editor, Joan Furey, RN, MA: I selected this month’s submission from Chapter III of Visions War, Dreams of Peace, which we entitled “Reflections”. It includes works that were written at least 10 years after the author served in Vietnam and contains some of the thoughts and feelings that continued to haunt so many of us after we returned.   As I mentioned in my initial introduction to this series, Lynda  (Van Devanter, Co-Editor) and I, like many women who served in Vietnam, searched bookstores and libraries for the writings of women who had served in previous wars to see if their experiences were similar to ours.  Unlike now, there was no way to google “women in war”, so we had to rely on card catalogs and bibliographies from historical writings.

Aside from the books I mentioned in the first article, we also found another which I failed to mention at the time.  That book, A Nurse at the Russian Front: A Diary 1914-18 (Constable (UK) ]1974), was written by Florence Farmborough, a British Nurse who served with the Red Cross during WWI.  Written when she was 87, the book was based on the diaries that she kept during the War.  Many of the entries in her book resonated so strongly with us that we included a paragraph from it to follow the poem “Left Behind” by Diane Evans Carlson, which we chose to introduce the “Reflections” Chapter.  We believe these two pieces demonstrate the impact exposure to combat casualties has on the individuals who care for them regardless of age or era.

Diane Carlson Evans was a Captain in the US Army Nurse Corp in Vietnam in 1968 and 1969.   She served as a staff nurse in the burn unit of the 36th Evacuation Hospital in Vung Tau and as a Head Nurse at the 71st Evacuation Hospital.  After leaving Vietnam she remained in the Army and worked in the Burn Unit at Fort Sam Houston Army Hospital in San Antonio, Texas, continuing to care for many casualties from Vietnam.  In 1983, Diane founded the Vietnam Women Veterans Memorial Project.   This was the beginning of a 10-year mission to develop, introduce gain approval of legislation and raise funds to build a Memorial to the American women who served during the Vietnam War.  Her efforts and those of the many women veterans who joined with were rewarded in November of 1993 with the dedication of the Vietnam Veterans Women’s Memorial, which was placed in close proximity to the “Wall.”

The Vietnam Women’s Memorial is an everlasting tribute to the 265,000 women who served during the Vietnam War, over 8000 of whom served in-country.  The Memorial serves as a touchstone for many women veterans in their journey to heal from their war experiences.   Ms. Evans was the first woman in American history to spearhead a campaign to place a nation monument in the nation’s capital that recognized the contribution of America’s military and civilian women to their country. Those selections follow:

I search my soul
And memories of war
To find that lost space
That part of me that’s gone
Left in Vietnam so many
Years ago, and hoping
Someday to find it and
Make me whole again
I didn’t leave behind
A limb, an arm or a leg
What it then that’s gone
It can’t be seen and
Perhaps just as a lost
Limb it can never be
Retrieved 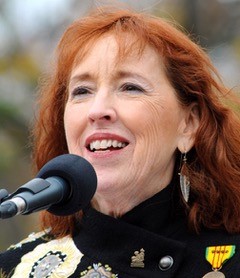 “Now for me, the war is over, and my Red Cross work is finished.  I cannot express the dreadful emptiness which has come into my life.  Anna Ivanova found me weeping one day; I could not tell her why, because I myself did not know.  She said it was “reaction”.  I did not contradict her, but I knew it was something much deeper than that.  As I looked through these fragmentary notes of mine, I relived all the tragic scenes again and asked myself: ‘Was it I, really I – who saw that?  Was it I, really I – who did that?’  From where had the strength come to endure those ghastly moments?  I shivered at the memories they brought back.  I recalled the desolate battlefields and saw the soldiers lying amid the twisted wires and shell cavities.  Will they be remembered?  But who could remember all those many thousands and thousands?” 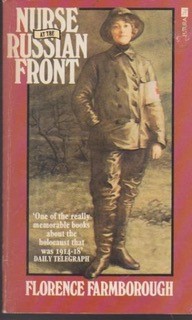 Feel free to peruse our features archive to read selections from Visions of War, Dreams of Peace: Writings of Women in the Vietnam War.