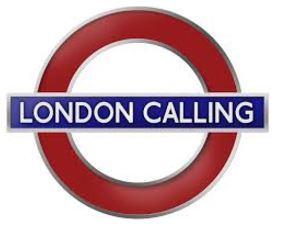 “Are pistachios good for you” was something I googled yesterday and I think the consensus was yes, they’re good for you but in moderation.  While I paused to think about that, I remember that our chaplain at my VFW told me that Archie Fogler, U.S. Army Korean War, had passed away.  The chaplain, Al Carlson, served in the U.S. Navy during the Korean War and wistfully looked at another Korean War veteran sitting at the bar and said well, that leaves three of us pal.  Korean War veterans are in their 80s and naturally fading fast.  How about Vietnam veterans I wondered so I googled “what percentage of Vietnam veterans are still alive” and was linked to a New York Times article from 2013.

Depending upon whether you use “Vietnam veterans” or “Vietnam era veterans” the numbers vary significantly.  Approximately nine million people served in the American military during the Vietnam War (1964 – 1975) but two and half million actually served in Vietnam.  For whatever reason the New York Times prefers to use Vietnam era veterans.  Using that number seventy five percent of Vietnam era veterans are alive today.  Using veterans who actually served in Vietnam only about a third of us are alive today.  Using the number of friends at my VFW and the men I served with in Vietnam who were on Facebook who have passed, I’d say the number is somewhere in between.  Nick H., Bobby F., Paul L., Pat C., Jimmy G., Paul B. were all military who served in Vietnam and have died from various forms of cancer in the last five years.  They all went from celebrating Veterans Day with me to not being there with me on Memorial Day.  I miss them and will always remember them in my own wistful way.

I was surprised to learn at our June meeting that the Yale School of Law was preparing to define what a veteran is.  According to Jack Beecher, our Yale Veteran Liaison, the V.A. uses this definition: A veteran is anyone who has a DD214 and was discharged from the military with something other than a dishonorable discharge (if that’s incorrect I trust and hope that Jack will correct me).  Forgetting for the moment the type of discharge one received, I’d say anyone who raised their right hand and took the oath to defend and protect the Constitution and then went off to basic training is a veteran.  Someone may have had a less than an illustrious stint while in the American military, maybe a goof off or a slacker but that would have never stopped Uncle Sam from pulling you off of painting a mess hall at Fort Riley, Kansas, to ship you off to a war zone.  They would do it in a New York minute, trust me.  That person is a veteran.  Please feel free to pass this along to the Yale Law School.

Even if you were the man I met at the beach about seven years ago, you are a veteran.  He and his wife approached me and my date to ask if I had battery cables in my car.  I didn’t think so, but I looked anyway and said nope, sorry.  Their battery was dead he explained and they’d called a tow service hours ago that hadn’t yet showed up.  His wife mentioned that her husband had been in the Army too.  She’d noticed my stickers that said I was an Army Vietnam Veteran.  Is that right I said, warming up to a fellow veteran, where’d you serve?  He said he enlisted in 1968 and spent his entire time in the Army at the American Embassy in London as a White House communications specialist.  A hundred different thoughts went through my head.  London?  London like in London?  Like in England?  Europe?  White House communications?  I had the top secret cryptographic clearance so I was qualified for that post too … his entire overseas duty had been spent in London? We ended up driving them to a store where they could purchase battery cables and proceeded back to the beach to try and jump start their car.  It didn’t work.  His battery was shot.  A tow truck arrived looking for another car when we asked him to please give us a hand.  The driver said what the heck, I’ll just put it on the same ticket and proceeded to get his car started.  He also advised the driver to get to Sears ASAP and get a new battery and off he went to look for his call.

We veterans shook hands and off they went to Sears.  My date and I hung around a bit and then we too left.  All the while I’m thinking London, freakin’ London.  He got London.  Sheesh.  My date asked if everything was okay and I said yeah, everything is hunky dory.